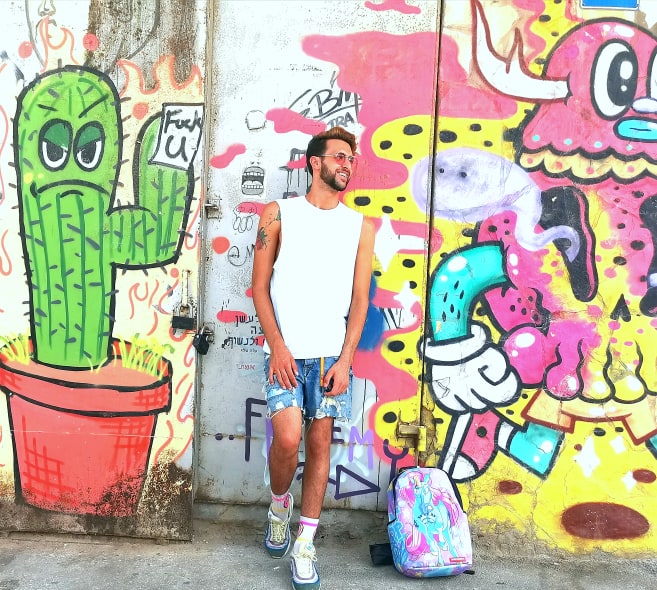 We often think the most crucial thing to achieve in life is happiness, why do we go to a fancy restaurant, take a trip abroad, hang out with friends on the weekend, shop etcetera? Because it makes us feel happy.

If we take a close look at what happens to our brain when we shop, the brain chemical to credit or blame for our pleasure, in this case, the pleasure of shopping is dopamine. The neurotransmitter surges when you’re considering buying something new anticipating a reward, in other words. Sales, by the way, give us an even harder kick. “We’re constantly comparing what we expect with what we perceive,” says Columbia University professor of neurobiology David Sulzer. So when an unexpected benefit enters our cognitive field, for instance, a sale the dopamine spikes.

according to the Univ. of Nev. School of Medicine: “Chemicals released in the brain in response to happiness include endorphins, dopamine, serotonin, and oxytocin.” Dopamine: It is a pleasure hormone released out of excitation when you achieve your goal or in the process of achieving it.

Dopamine rush is addictive if you are kind of a person who loves to conquer and enjoys challenges. For example, the excitement, relief, and happiness you get because of completing a fitness challenge or after submitting your assignment. It is also a key player in the initial phase of your relationship when you strive towards impressing your partner (cause its all about the pleasure of chasing).

Oxytocin: The love hormone. The excitement when you fall in love with someone. It gets released in a higher amount during intercourse of childbirth or any other kind of physical contact like kissing and hugging. This hormone is mainly responsible for the strong maternal instinct in the female(which is due to unprecedented love towards their children).

Endorphins: Body’s natural painkiller. Have you ever realized what keeps you continuing the cardio workout even when you are entirely enervated? That’s the magical role of endorphins which is released during exercise and enables to keep continuing through the pain.

Serotonin: The Happiness hormone. This hormone needs to be balanced all the time in our body as it is hugely responsible for our mood swings. A proper amount of serotonin in the body can make you happy and prevent depression. Our sleep cycle maintains Serotonin level, that is the reason people are advised to maintain a proper uninterrupted sleep of 7 hours a day.

We had already created drugs to target these areas in the brain. Although it’s not advisable to be on drugs always due to our body’s ability to adapt with the drug we take that it becomes part of our life, inevitably taking the drag at first may feel good, but the feeling fades over time, and the addiction becomes stronger, but let’s not drift away to another topic.

According to ELLE: “While you can’t see inside your brain as you ponder a $900 leather jacket, researchers like Karmarkar can. In an illuminating 2007 study, neuroscientists scanned people’s brains as they considered a range of products and noted, first, that a region called the nucleus accumbens—aka, the pleasure center—showed more activity. That’s what to expect, but here’s where things get interesting. When the study volunteers took prices for the items, the part of their prefrontal cortex associated with executive functioning, particularly decision-making, lit up, as did the insula, an area implicated in processing pain. Moreover, subjects with the busiest insulas were most likely to decide against the purchase. It’s a nerdy way to think about something you know intuitively: There are times when the pain of parting with your hard-earned cash outweighs the pleasure of new stuff. Put another way; spending really can hurt.”

Moreover, that’s not only in shopping that the happiness we seek harms us, in fact going to restaurants also does. All ages like to eat out from time to time, but the modern generation tends to spend more on average at restaurants and on takeout than other generations due to the high life that they look up to with the social status that they’re trying to build. Here’s what Americans of different ages spent on food away from home in 2017 on average. A study that was assigned by Business Insider, the Bureau of Labor Statistics’ age groupings to different generations using the best match for each age bracket with the Pew Research Center’s generational definitions:

However, the fact is we don’t need any of these “things” to be happy. We can lead a simple life and be as happy, or even more than we are when leading a luxurious one. However, the real question is, is that what we want?

I believe not, but I’m going to answer this in my opinion since I can’t answer on behalf of everyone that hadn’t been enlightened by this idea of mine yet. I don’t think that happiness is good since I strive for more, a successful lifestyle, but that can be a blurry goal, to make an impact and stand out in my profession is more precise, or maybe to achieve a difficult task that I would like to do. All these desires of the world and the feeling of “wanting to take a break, and just have fun,” can cripple us from achieving what we want. on the other hand, if I wanted to be happy I would live a simple life without the constant seeking for evolving and knowledge since those things can also disable me from being completely happy, a famous quote that portrays this well: “ignorance is bliss.”

however, the world may not work like that; it’s balanced and interconnected between all of its aspects, giving meaning between opposite sides that reside on each other, which blocks our opportunity even to ignore any of its aspects in our lifetime.

2 thoughts on “A note on happiness”

This site uses Akismet to reduce spam. Learn how your comment data is processed.

The tale of the Unicorn (Last part)

I`m just your average unicorn disguised as a normal person who`s sharing his respective, lifestyle and tips with the world :)